If you are planning a trip to nashville for more than a day, you will get some useful trip planning ideas here. You can interchange the days according to nights they are open. (ie: Grand Ole Opry has shows on Tuesday, Friday and Saturday nights)

Embrace downtown! Hit Broadway and hop from bar to bar letting your ear be your guide. Live music starts at 11 AM and ends at 2 AM so pace yourself. Now downtown Nashville does not have a lot of local eateries—mostly chains. But the local ones are great. Have lunch at Puckett’s Grocery or Arnold’s for some great southern food. Visit the Tennessee Museum for a self-guided history lesson, or hit the Country Music Hall of Fame if you are really into country music. There are numerous attractions and tours downtown, so you will not be at a loss for things to keep you busy. Music City Pub Crawl is a great way to learn about the city's past in a fun, relaxed setting. It takes place on 2nd Ave, which has buildings from the 1800's and more great bars.  Treat yourself for dinner to some ribs at Jack’s, or a fancier dinner at Merchant’s Restaurant, both on Broadway. If you are downtown on the first Saturday of the month, explore the art district on 5th and in the Arcade. The art crawl is from 6-9 PM and you can enjoy complimentary drinks and eats. It shows a different, eclectic, sophisticated side of Nashville that people don’t usually get to see.

Nashville loves its sports and is passionate about its teams. Join the excitement of a Titans, Predators or Sounds game. 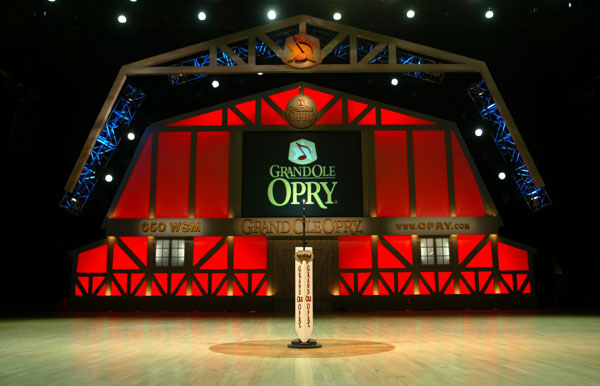 Book a show at the Grand Ole Opry and head out to that part of town. This is also where Gaylord Opryland Hotel is, as well as the Opry Mills Mall and where the General Jackson cruises originate. This area of town is a little tired, with the exception of the above, because many hotels and attractions were built in the 70’s and 80’s to accommodate all the visitors to the Opryland theme park. When Gaylord plowed it down for an outlet mall (albeit a nice outlet mall) the area took a direct hit in visitor counts. Anyway it’s a safe area, but there are very few local places to eat. You would probably be better off having a meal inside the Opryland Hotel. Now if you park outside Dave & Busters at Opry Mills Mall, which is right in from of the Grand ole Opry, you can take the back path to the Opryland Hotel and avoid the $20 parking fee they charge people to park for 1-2 hours. After walking around the beautiful hotel (and it is a show stopper) you could do a little shopping at Opry Mills, splurge on a lunch cruise on the General Jackson, or hang out in the plaza area outside the Opry. People start congregating there about 2 hours before show time and they usually have some entertainment outside, if weather permits. There are food and beverage (alcoholic and non-alcoholic) vendors on the grounds.

Hit the Pancake Pantry on 21st in Midtown for breakfast. Arrive before 10 or be prepared to stand in line. This is a Nashville tradition. Not sure if the pancakes warrant a two hour line, but nobody seems to care. Hillsboro Village is great area of town, nestled between Vanderbilt University and Belmont College. It’s about 2 miles from downtown and is included in what people refer to as the Midtown area. After a hearty breakfast head to Belle Meade Plantation and enjoy their winery. Then, head for a stroll in Cheekwood Botanical Gardens or a hike in Percy Warner Park. You may also want to check out the Parthenon in Centennial Park where you can see the largest indoor statue in the Western hemisphere!

Then you could catch an early dinner in any of the great Midtown local restaurants (which contrary to downtown, there are endless local offerings here). Favorites are Boundry, Sunset Grill, Cabana, Jackson’s, and Bosco’s. After dinner, enjoy the local music scene with less tourists. On Division, there is Red Door, Losers, Blue Bar and Rebar. 21st has even more selections. All are within walking distance to each other and still a $5 cab ride back from downtown. 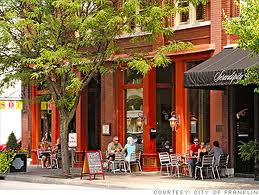 Head south 20 miles to Franklin for the day. It has great civil war history and is so quaint and pristine. It’s listed in the “1000 places to visit before you die” handbook and is in the top 10 of great places to live in the U.S. It’s situated in Williamson County.  Soak up all the civil war history in downtown Franklin and meander through all the specialty stores on Main Street. Disappointingly, there is very little live music in Franklin, even though that’s where most of the country music stars live. However, you can venture to Kimbro’s Pickin’ Parlor (closed Sunday and Monday) or the Bungernut Pig on Columbia Ave. Head to the Factory for more unique shops, and have lunch at Saffire. Their blueberry martini is so delicious. If you want to round out your Williamson County experience, head to Kix Brooks’ winery, Arrington Vineyards for a free wine tasting. Before you go, stop by Merridee’s Breadbasket in downtown Franklin and pick up some box lunches. Arrington Vineyards has Music in the Vines, on the weekends. The rolling hills in the background are amazing.

Recuperate! But if you really want something to do, head to Lynchburg, TN for a tour of the Jack Daniels Distillery,